Day 9 of the journey - Party Time (The quest begins)

I hope you enjoyed yesterdays story blog!
I don't know if i will do a story with this one yet, as i have not had a response on the last blog as of yet (i have literally just posted it!) Although i may change my mind as i am writing this so yeah!

Today has been a naughty day... kind of.
It was a friends 18th birthday party. Which obviously means, alcohol, and lots of it.
More on that later! For now i will tell you, as usual, the food and exercise i have done today!

Breakfast - Nothing
Lunch - Nothing
Dinner - Jacket Potato, beef chili and salad = 500cal
Drinks - 2 shots of Sambuca, 5 single Gin and Tonics, 3 double Gin and Tonics = 915cal
End of night kebab - It was the grilled chicken one i had from day 4 = 850cal

I was walking SO much today. I walked all around town playing Pokemon Go and going shopping and walking around Bristol, going bar to bar and things like that. My step counter and distance tracker said i done 14 miles over the whole day (Just a little over a half marathon!)

So in terms of "Being bad" i think i smashed it on the exercise front so hopefully it wont haunt me on weigh day!

Shake i use as a meal replacement. Link above. You know the drill by now!

So as I said earlier. I went on a little drunken adventure today. It was a friend's 18th birthday and we decided to have a scavenger hunt on our night out. These were the things on the list. 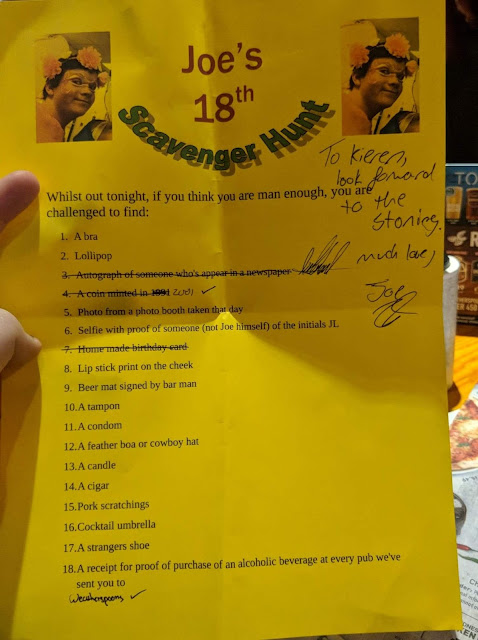 Now I could just tell you the story of this night out, but where is the fun in that?
I'm going to make this story into a fantasy story. I will add each new part of my story at the end of each blog. It will correspond slightly to the original night out. I will also try to introduce my workouts and food into each day's section if possible.
So lay out for the foreseeable future is... Usual weight loss blog, with food, excercise and whatever else. Then straight into the next part of the story! Just for a bit of fun!

I am very sorry about how long this has taken to come out but I've been extremely busy! Let me assure you though I am still very much on track, and there will be some double uploads in the coming days!

For the purpose of the story the items will be made more interesting, but correspond to the original in someway.

3) autopragh of someone in the newspaper = Bards scroll of protection

5) photo in photo booth = To me imortalised in marble

6) initials JL = initials under the marble

7) birthday card = One person must have their birthday cursed

16) cocktail umbrella = protection from the elements

18) all the receipts = sacred blessing from all on the journey

There were 3 brave and noble knights. Gathered at the request of King Joseph.

Sir Kieren of Northamptonshire, who needs no introduction. His legendary accomplishments have been sang on the lips of every man woman and child from the moment he was born.

Sir Jack of Nailsea, This ex fool is adored throughout the land. Will never be seen without his armour on. A joy to have on the battlefield and even greater a joy in the pub.

Sir Timothy of Weston, a knight of gentle composure, Of steel will and of incredible compassion. A level head for all occasions and an expert wingman.

The Knights do not come alone. The Knights could only leave their posts, if the queen's did too.

The Queen's were just as intrigued as to what the king had in store for them, so they left willingly, regardless of the dangers.

Queen Charlotte of Bristol, the fairest and most noble woman throughout all the kingdoms. Don't let her looks fool you, there is only one person in all the lands that scares King Joseph and that would be her.

They waited on horseback for King Joseph to speak. They had been waiting weeks for this moment, and it was finally happening.
King Joseph arrived, looking even more regal than anyone could have expected. In Garments meant only for the richest and most powerful of mortals.

He sat astride a majestic pure white Stallion who was arrogantly aware of its own magnificence.
The Knights and Queens sat, awaiting the announcement with baited breath. The Knights could not tell, if it was fear, excitement or a combination of the two that surged through their body making their armour rattle in the hallowed courtyard of the fallen kings.

Alas, the king spoke.
"My brave and noble knights" He began with a sweeping hand gesture to include all 3 of them.
"My queen's" said king Joseph, showing his softer side with a fleeting smile towards his loves.
"Today is a special day. A day I am sure you are all aware of. Today I become a man. It is my 18th year of birth. For this momentous occasion, I want to invoke the old laws." King Joseph continued. At this point the Knights knew which of the two it was they were feeling, out of fear and excitement, it was definitely fear.

"To undertake a quest so periless, it has only been completed once in centuries of kings. You will require absolute resolve, unwavering loyalty and unbelievable strength. Many kings before have perished and countless knights fell for their king. Not I, Not you. Eternal glory and everlasting life be granted to the king who completes the trials. Unending wealth, appreciation and stature awaits the Knights who successfully ensure their king survives the trials. There will be no one in all the lands nor all the kingdoms, bar I, that will be of higher stature than you. You will be god's amongst men. I will be the ruler of the gods." King Joseph, said with absolute unwavering calm.

The Knights stood firm. No one spoke, no one moved. The fear they had felt previous was gone, replaced by pride and a tinge of excitement.
The queen's looked fearful, it was etched on their face like battle scars. They had known this task, their father was a knight, the most legendary knight that ever walked the lands who perished at the hands of this very conquest.

"First, we must dine like god's if we are to become one. Everyone back to the castle, I will have the chefs cook us something fit for a god, and the finest wines, ales, spirits to wash it all down with. Come my fierce knights. Let us feast" King Joseph ushered  the Knights and the queen's to return to their horses and to follow him. They done so immediately and all headed back to King Joe's castle.

After a long journey. The knights took theirs and the queens exhausted horses into the stables for the night and then headed to the Great hall where King Joseph had already, somehow, prepared an almighty feast.

Sir Kieren was not particularly hungry. Possibly due to the fact he could be dead in as little as a day. His mind however told him that he would need to eat something, as the journey ahead is periless.
So he ate one of the finest Potato's, still in its skin, matched with the most beautiful combination of Beef, Beans and Spices, The kings chefs truly are the best in the land. To top his plate off he added some of the king's home grown, by his own hand, salad. A meal honestly reserved only for the gods.

Sir Kieren did not stop there. Although he was not particularly hungry, he was very thirsty. Not only was he thirsty, he was in need of some False Bravado. To which he drank down 3 Gin and waters in no time at all. He believed he was ready.

The king, the Queen's, Sir Jack and Sir Timothy devowered the feast in no time at all. Many drinks were consumed. Once everyone was satisfied, King Joseph spoke and addressed what must be done, and his plan to get them done.
"My Knights, my Queen's. No. My friends." King Joe spoke with authority but also with the slurred tongue of a drunken begger.
"The quest begins at the crack of dawn. So lay down your drinks for we must rest. Before this however, we must discuss the 1st challenge we must face. To obtain the magical Breastplate of Tolalfir. As you will know, this is no small ask. The people of Tolalfir have guarded stage 1 of the path to the gods for millennia. They are fierce, cunning, and will sniff out and murder you in cold blood if your heart is not pure." King Joseph spoke again, it was as if the intoxication left his body with each word, until he was completely sober.

"Remember, there are 18 stages on the path to the gods. 17 items or tasks we must receive or complete. Before finally, the 18th task. The murder of a god. There can only be 7 god's at a time. I will be one of those 7. Whatever the risk." King Joseph replied without missing a beat. Sir Kieren could not believe how casually King Joseph spoke of killing a god!
"Now, enough is enough. Go to bed, big day tomorrow" 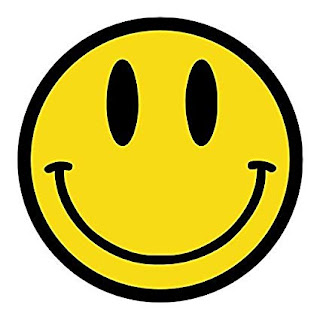